One of the most influential writers from XX century, Franz Kafka was Czech, from Jewish heritage and wrote in German. Maybe because of this his stories bring so many unadjusted characters, strange and that seem to wander through life without ever achieving theirs goals, like protagonist from his short story “In front of the Law”, that never passes through the guardian and the door. Impossible don’t tell about his father’s influence on his work. Although Letter to His Father isn’t a fictional piece, but a written and never sent letter, is an example of the fatherly and oppressive figure on Kafka’s work, full of nightmares treated like reality. Another important fact about the author is his friend, Max Brod, that hasn’t carried on his promise. Kafka asked him to burn all his handwritings in case of death. Tuberculosis ended his life at 41, but happily Brod didn’t carry the promise and works like The Trial, The Metamorphosis and The Castle were published.

If wasn’t for Brod the knowledge about Kafka’s writings would be lost. The evolution of a style would be committed. One of the family brothers of the great classics of world literature would have suffered an abortion. All classics authors relied on life’s eventualities for their writings to become what they are, troubles with them and to them. Acknowledgment and success, mostly only posthumous.
The determining factor on each writer’s highlight is their capacity to catch the reader, even if he writes most for himself than to readers, just like Kafka made when declared the destruction of his writings after his death. We are grateful this hasn’t happened.

The advent of Kafka’s anniversary of death in 2016 becomes special for Homo Literatus, since it becomes a mark of innovation and evolution on defining the book itself.

“Early in the morning the cleaning woman came. (…) In her customarily brief visit to Gregor she at first found nothing special (…).Since she happened to be holding the long broom in her hand, she tried to tickle Gregor with it from the door. When that was quite unsuccessful, she became irritated and poked Gregor a little, and only when she had shoved him from his place without any resistance did she become attentive” Have you ever imagined if instead of reading “there are creepy sounds of chains being dragged in the end of the corridor”, you would be reading and the sound simply begins to play. Or if the despair victim scream cuts through the silence of reading when turning a page. Who knows the creature the writer made jump on your face when opening the book.

Lovecraft collection. One of the many that will be made also in Brazilian Portuguese.

The iClassics Project aims the world and can grow more, much more. Today it is active in only one language, but the creators of the project wanna recreate books and e-books of the classics of worldwide literature not only in English, but and also in the biggest languages of the world. Brazilian Portuguese is one of them, and Homo Literatus supports this evolution! The images show the curves and illustrations that marks the quality of this proposal. A entertaining campaign lead by the iClassics team to continue and make the project grow. All of that will be possible through crowdfunding site Kickstarter.

Reimagine Poe, Wilde Lovecraft and many more. Centuries of masterpieces don’t age with their authors, and today will transform themselves into interactive experiences for use in tablets, cellphones and e-readers.

It is surprising for readers of all ages.

Would you like to (re)discover all these classics, Poe, Wilde Lovecraft and many more? There is no better way!
Get into the experience of immerging into iClassics already available and in the many ones that will come!

Check the project on Kickstarter: click here and contribute.

Just like Brod was to Kafka, we want to say: “if wasn’t for you, nothing of this would be possible”.

Long life to the Classics! 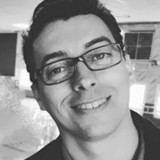